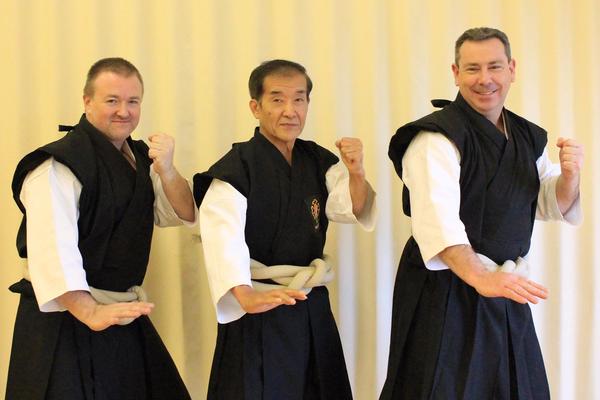 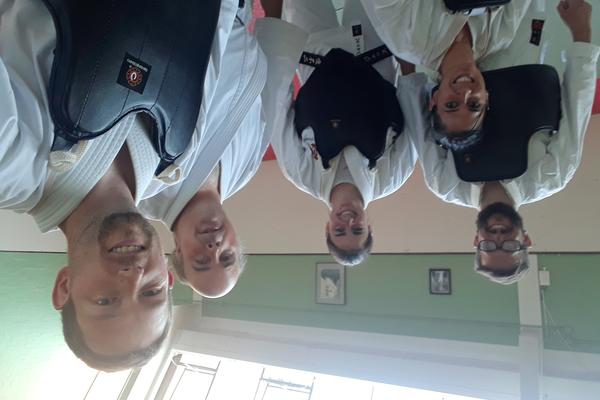 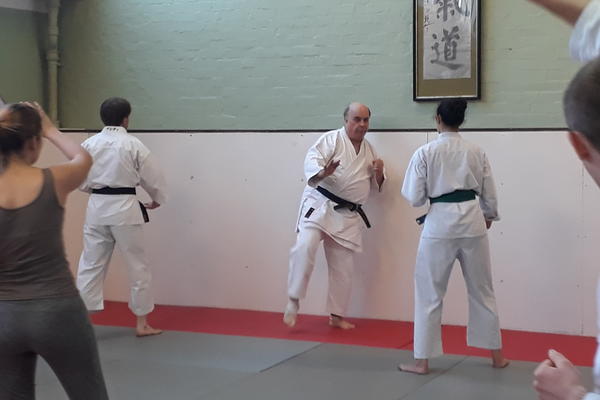 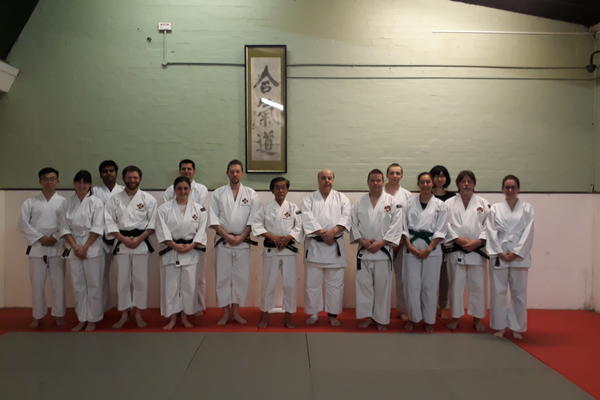 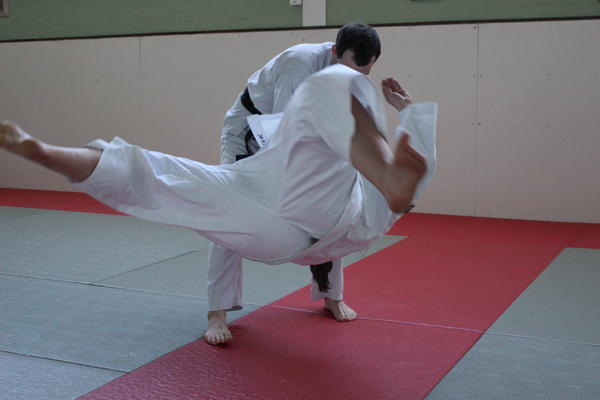 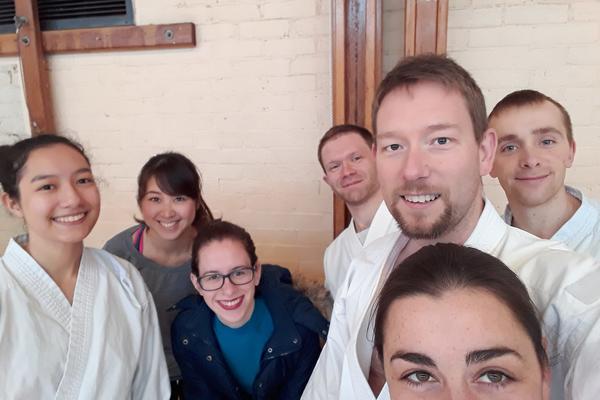 Our normal sessions are off for now. The new timetable for COVID safe training will be confirmed soon.

We have three training sessions each week (all in the Iffley Road Sports Centre):

You don't need to have done Shorinji Kempo before, and you don't need to bring any equipment. We ask that you wear comfortable sports clothes (no jeans) and tie back long hair. You'll also have to remove any jewellery, watches, and belts while training.

What is Shorinji Kempo?

Shorinji Kempo is a self-defence martial art that originated in Japan, with roots in Buddhism and the practices of the Chinese Shaolin monks. The name is Japanese, and translates literally as "Shaolin Temple Fist Law". Shorinji Kempo is composed of three major parts:

Techniques are always directed at one or more of the many pressure points that line the human body, exploiting an opponent's weaknesses regardless of his strength or size.

Although hand-to-hand techniques are at the heart of Shorinji Kempo, certain weapons also play a supplementary role. Such weapons include six-foot staves ("Bo"), shorter staves, and a bit of defence against knives.

Participants will also learn about the philosophy on which this martial art is based.

What are the benefits?

As well as increased fitness, co-ordination, dexterity and flexibility, practitioners will also benefit from increased confidence and lower levels of stress.

Do I have to be hard?

It doesn't matter how tall or built you are. There is no optimum physique for Shorinji Kempo. Our dojo is a friendly and non-competitive environment.

How do I get started?

At Iffley Road Sports Centre, just outside the centre of Town. The pedestrian entrance to the gym is opposite Stockmore Street.

We also tend to get together for meals and drinks every-so-often, and will usually try to get down to the pub after most sessions. Feel free to join us there!

How long do I have to train until I get a black belt?

You can go and buy a black belt at any point; however, it does take some time to be acknowledged as having begun mastery of Shorinji Kempo, which is what the black belt signifies. Achieving 1st Dan (black belt) could take around 3-6 years given consistent training in the Oxford Dojo or elsewhere. However, 1st Dan is only the first step in mastering the art of Shorinji Kempo, since grading goes up to 9th Dan.